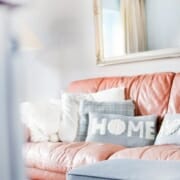 A homesickness for a home to which you cannot return, a home which maybe never was; the nostalgia, the yearning, the grief for the lost places of your past

There?s something about train windows that makes you think about the past, scientists say that it?s because of the movement of the train that brings up memory cues and puts you in a reflective mood.

A home, noun. Its dictionary definition is the place where one lives permanently, especially as a memer of the household. However, that is the definition of a house. A home to me is a place where as someone once put it is a place where there is always people who love you waiting for you to return.

But it?s more than that, a home cannot be a home if the house feels uncanny or unfamiliar to you. It?d be like a piece of puzzle living in the wrong puzzle. My current house was bought in 2011 and though I?ve lived it in for five years now still feels like a block of white walls and furniture.

The second storey was constructed in either 2013 or 2014, my memory is blurry. But its new walls and the fresh carpet that sang out with its deliberately planned designer feel turned me off. I feel unease in the presence my room where I could see no trace of myself nor identify myself with the room, like a stranger being confronted with a past they had no knowledge of. What it lacks, I do not know perhaps because of the lack of history I share with it.

So the only home I can truly home was the childhood home I grew up in. The home with chocolate milk stain on the ceiling that we had tried so hard to scrub off, the home with countless tissue balls tossed in small crevices because I was too lazy to toss them into the bin downstairs.

I remember it with a fondness because it is a place where the outside world did not exist. I would spend hours playing with the goldfish I had stole from next door, watching the sunlight reflect off their backs. I was a girl who was clueless of the outside world, one of the perks of being so obviously self-centred I suppose.

Though to be fair, it wasn?t entirely my fault. I was the eldest and only daughter of a relatively wealthy couple. And in fairytales, they?re always the princess.

I live in a modern day castle.

I had rich parents.

I believed I was a princess.

I was a princess.

The house was at my command, and no one could stop the whirlwind of my mischief, when my parents were away of course. Nor were they great mischiefs worthy of being told around a campfire, but they were stories that illustrated the care-free heart of a child. On one particular summer day my parents were off at work, the gardeners had left and grandpa was too busy to drive me to the library despite my incessant shouting.

Nanny was doing god knows what somewhere else in the house, and I had grown bored with colouring the barbie?s face with those art boxes back in the 90s that had watercolour paint, crayons and just about every art supplies in a box. I checked my tamagotchis and decided I had fed it far too many times and maybe it was best to leave it to sleep.

What else was there to do?

My mind flashed to the meiji mango popsicle we had brought the previous day and I stalked out of my room, listened for any incoming footsteps and quickly ran up to the fourth floor and took the box out of the fridge.

Needless to say I devoured all 12 of them with flourish and to this day I still consider it a victory.

I remember the scent of incense at the start of each day and in the evening, their small light at every floor of the house as we prayed to deities that we didn?t quite believe in. The small table where I finished stacks and stacks of homework before it was moved to where old things go.

A house can only become a home when it is saturated with memories, it is only a home when every part of the house had come to mean something in some way. A home is like the embrace of a long-lost friend at the end of a day. But, this was unceremoniously ripped away from me with a simple sentence of, ?your grandmother sold the house.?

I felt nothing when I heard it, outraged I guess, a mild sense of surprise but I had parted with it for so many years and I?ve carried the memories with me for so long it almost didn?t matter anymore.

But it did of course, that home had become someone?s house.

But then again, it was never ours to begin with. It had always been hers.

Want to join the discussion?
Feel free to contribute!

I Fell in love.. With Writing – Megan Fitzgerald
Scroll to top